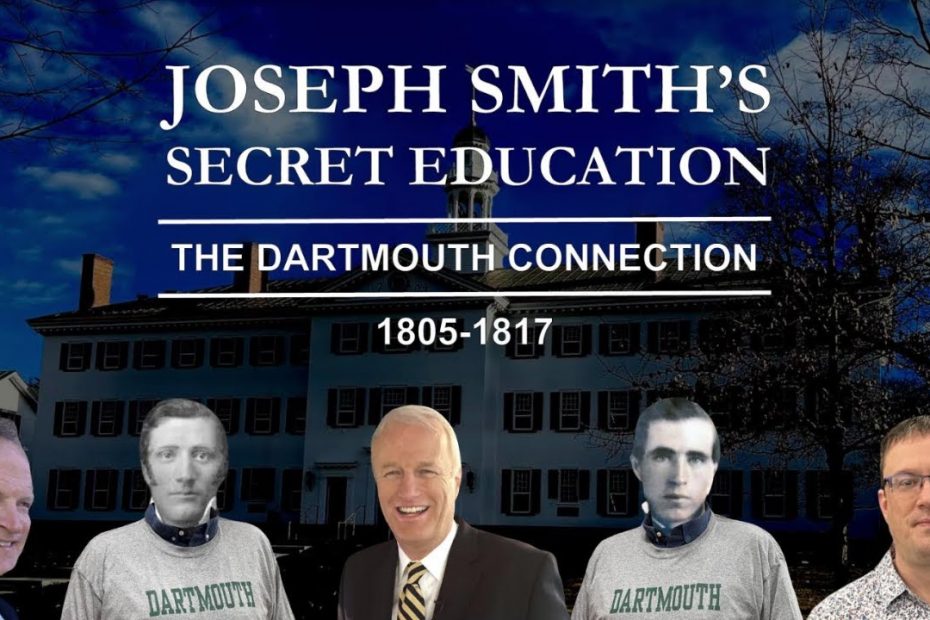 The running narrative within Mormonism is that Joseph Smith was an uneducated backwoods farm boy and that his lack of sophistication leaves the the Restoration as a miracle that no country bumpkin could have pulled off. But what happens when, with critical thinking skills, we take a look at the the Education he did have or had potential access to. Was Joseph Smith uneducated? Was he a middle school dropout as a surface level reading intimates? And what do we see when we look at the education of those around Joseph Smith and specifically within his family?

CORRECTIONS [ There were two errors in the video presentation for this episode. #1 Randall Bell conflated incorrectly that Joseph’s uncle, John Smith (July 16, 1781 – May 23, 1854) was same John Smith (December 21, 1752 – April 30, 1809) who played a prominent role in the early history of Dartmouth. #2 The letter put up on the screen of Joseph Smith to Oliver Cowdrey, is in the handwriting of Frederick G Williams.]

Dartmouth Arminianism And Its Impact on Hyrum Smith And the Smith Family – https://faenrandir.github.io/a_careful_examination/documents/book_of_mormon/translation/Dartmouth-Arminianism-Behrens-2006-JWH.pdf

Treasures and a Trash Heap: An Early Reference to the Joseph Smith Family in Palmyra (Page 201 of the document) – https://digitalcommons.usu.edu/cgi/viewcontent.cgi?article=1081&context=mormonhistory

William Davis wrote an article “reassessing Joseph Smith Jr’s Formal Education” and notes that when one tallies up all the evidence including the final term with Stowell’s son in Bainbridge such “increases the overall estimated time that Joseph spent in formal education to the equivalent of approximately seven full school years —a notable increase to that proposed in previous historical representations, and one that will require the careful evaluation of future historians”